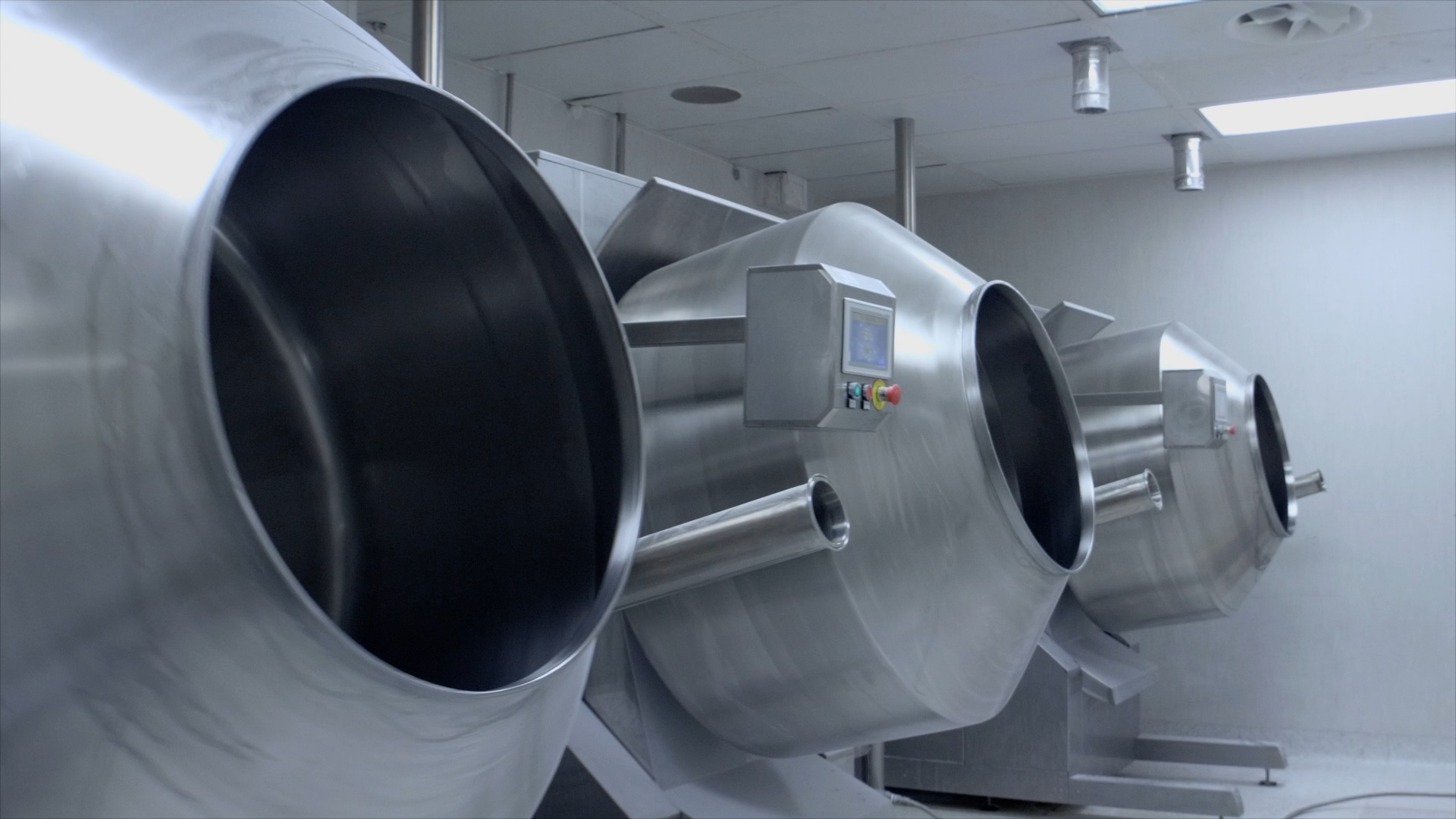 The starting point for the production of active ingredients in M.A.T.R.I.S.® form are the active ingredients themselves, subdivided into micro-particles of size between 200 and 600 µ, directly and individually coated by one or more layers of polymeric membranes, thus totally removing the need for an inert support core.

According to the kind of polymeric membranes utilized, it is possible to obtain a perfect taste and odor masking of unpleasant ingredients, as well as their controlled release over a predetermined period of time.

The M.A.T.R.I.S.® form, thanks to the particular characteristics of fine and flowable particle size, allows the active substances to spread in a quick and uniform way on the whole surface of the gastro-intestinal tract, starting the modified release at the stomach and/or intestine level, according to the properties of the used membranes.

Eliminating the need of inner inert cores, makes it possible to attain a high concentration of the active ingredients, suitable for the manufacture of the final dosage form envisaged.
The novel form of the active ingredients so obtained, enables the production of different final dosage forms of administration, with an active substance title much higher (up to 80%) than the conventional microgranules, pellets, tablets and minitablets.

If you need any kind of information, fill out the form below.